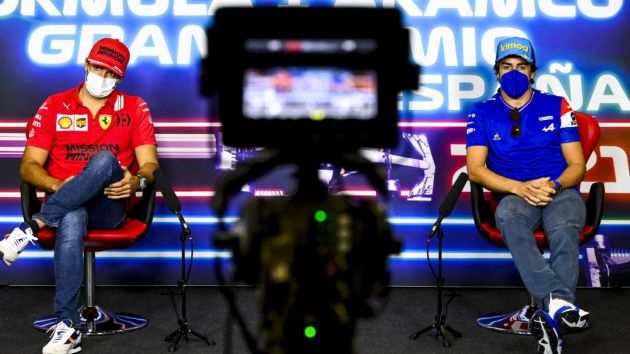 Data from Nielsen Sports has revealed that Formula One viewership in Spain is at its highest since 2017.

According to the sports analytics company, viewership during the weekend of the Portuguese Grand Prix was up by 159 per cent in comparison to 2020.

This increase follows the return of Spanish Formula One legend Fernando Alonso to the 2021 grid and Carlos Sainz's move to Ferrari.

Since the move, Nielsen reveals that Sainz's social media following has increased in the past year by 145.5 per cent on Facebook and by 1.2 million on Instagram.

In addition, live race viewership in Spain is at its highest since 2015, when free-to-air broadcasters Antena 3 and TV3 held the rights to show the races live.

Formula One has recently become more accessible to Spanish viewers, as the series struck a three-year deal with DAZN and Movistar+.

"The Movistar+ deal with DAZN and Formula One has made the sport more accessible to Spanish sports fans which has been missing in previous seasons," said Ramon Amich, managing director in Spain and Portugal of Nielsen Sports.

"This, coupled with having two superstar Spanish drivers on the grid this season with the eagerly awaited return to racing of Spanish Formula One legend Fernando Alonso and Carlos Sainz Jr.’s marquee move to the iconic Ferrari team, has piqued interest in Spain and as a result we are seeing audience viewership at its highest in Spain since 2017."

Elsewhere in Formula One, IndyCar's Roger Penske has revealed that talks have taken place with Formula One chief executive Stefano Domenicali regarding the possibility of the series racing at Indianapolis Motor Speedway.

While there is optimism, Penske told the IndyStar that Formula One is unlikely to visit the circuit before 2022.

"[Domenicali would] love to come to Indy, but I think they have to decide about how many races they can have in North America," Penske said. “We’re always interested, but we’re going to need to look at the economics.

"And I don’t think you’d expect us, based on what we’ve been through in 2020 and 2021 here, to be ready to overcommit to a Formula One race right now. But it’s on the horizon."

Although it seems unlikely a Formula One race will materialise at Indianapolis Motor Speedway before 2022, the series has secured its television presence in Poland.

Streaming and pay broadcaster Nordic Entertainment (NENT Group) has secured the rights to broadcast Formula One in Poland on streaming platform Viaplay.

From 2023, Viaplay will be the exclusive Formula One broadcaster in Poland, streaming every session and race until the end of the 2025 season.

The 2021 Formula One season continues from 7th to 9th May at Circuit de Barcelona-Catalunya.