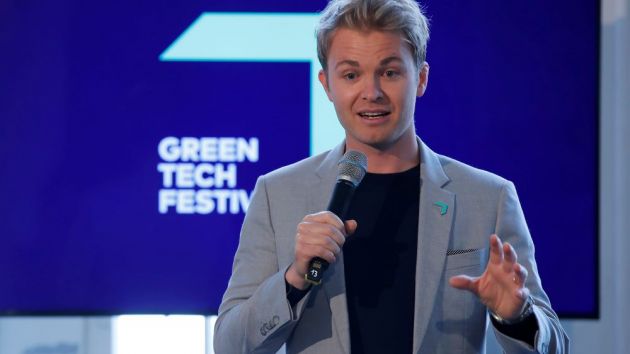 Former Formula One champion Nico Rosberg has founded his own Extreme E racing team ahead the all-electric off-road SUV racing series’ inaugural season, becoming the ninth to sign up to next year’s championship.

Rosberg Xtreme Racing (RXR) will line up alongside former Mercedes teammate Lewis Hamilton’s own X44 team, which launched in September, and marks Rosberg’s latest investment in sustainable mobility since retiring from professional racing in 2016.

RXR acts as an expansion of Team Rosberg, which was founded in 1994 by Rosberg’s father Keke, the 1982 Formula One world champion. It also builds on the team’s success in the German Touring Car Masters (DTM).

“We are thrilled to unveil Rosberg Xtreme Racing as the latest addition to Extreme E,” Rosberg said. “The series represents an amazing opportunity to not only drive awareness but also inspire action in the fight against climate change – the single biggest threat to our planet today.

“Since retiring from Formula One, I have dedicated my career to sustainable technologies so to be able to combine these endeavours with my passion for racing is incredibly fulfilling.”

Alejandro Agag, Extreme E’s founder and chief executive, added: “We are ecstatic to finally announce that Rosberg Xtreme Racing will be joining our line-up for the first season of Extreme E.

“We have been talking about this project for many months and we are thrilled he has chosen Extreme E for his formal return to motorsport as founder and chief executive of his own racing team.

“There is clearly a great synergy between Nico’s endeavours in the sustainability field and the aims of Extreme E so his team is a hugely welcomed addition to the series.”

Since retiring from Formula One, Rosberg has invested in numerous sustainability startups and is also an early investor and shareholder of the all-electric racing series Formula E.

Rosberg also supports businesses that offer “disruptive solutions” in the transition to green technologies having launched the Greentech Festival in 2019, which seeks to champion sustainable innovation.

Extreme E’s first season will see teams race in five remote locations, with the first race taking place in Senegal between 22nd and 24thJanuary. Subsequent races will be held in Saudi Arabia, Nepal, Greenland, and Brazil.

Earlier this month, the racing series struck a multi-year deal with the All3Media media group that will see Aurora Media Worldwide and North One take on the championship’s host broadcasting duties.