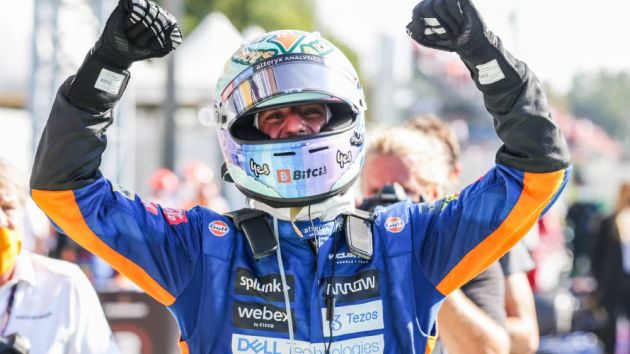 Entertainment streaming giant Netflix is considering a bid for Formula One broadcast rights in the US, according to its chief executive Reed Hastings.

Disney-owned sports broadcaster ESPN currently holds the broadcast rights to the global motorsport series in the US, but the deal expires at the end of the 2022 season.

However, following the success of Formula One Netflix docuseries 'Drive to Survive', Hastings has indicated that Netflix could be ready to move for its first live broadcast deal when the rights next come to market.

"A few years ago, the rights to Formula One were sold," said Hastings, speaking to Der Spiegel. "At that time, we were not among the bidders — today we would think about it."

Drive to Survive has been largely credited for Formula One's growth in the US, with NBC News reporting that viewership has grown 39 per cent between 2019 and 2021.

Despite not holding the rights to broadcast any live sport, Netflix has been expanding its portfolio of sports content, including Michael Jordan documentary 'The Last Dance' and 'Schumacher'. It is also creating a docuseries about Nascar driver Bubba Wallace and has been linked with a new original series on golf’s PGA Tour.

Formula One has also previously held regular talks with Netflix rival Amazon over the possibility of making the F1TV over-the-top (OTT) product available on the Prime Video streaming service.

"We’re talking to them about specifically acquiring our rights, in the same way you would sell to any other media company," said Ian Holmes, Formula One's director of media rights, speaking to Autosport earlier this year.

"But we’re also talking to them about a channels arrangement where we have got the opportunity of putting F1TV into the market."

With a second US race added to the Formula One calendar in Miami from 2022, ESPN is unlikely to give up its contract easily. The sports broadcasting giant’s director of programming and acquisitions, John Suchenski, recently told Racer that he is keen to extended the agreement further.

"We obviously would love to continue to partner with Formula One long-term on this, and continue to grow the sport here and their property in the US," Suchenski said.

"So we’re hopeful. We have nothing obviously to announce at this time on that front. We still have the rest of the season to get through as well as next season. But we’re definitely hopeful that that that we can continue our great partnership with them."

Elsewhere in Formula One, series chief executive Stefano Domenicali has confirmed to CNN that the Monaco Grand Prix will run a traditional three-day weekend format from 2022 onwards.

Previously, the Monaco Grand Prix has been spread across four days. The first two practice sessions, which are held on a Friday during the rest of the calendar, have been held on Thursday. Friday has been a rest day for the Formula One paddock before the rest of the race weekend resumed on the Saturday.

This tradition was originally started due to the race weekend falling on a bank holiday in the country, but was later maintained to allow for traffic flow and help local businesses.

"Monaco will be in three days, straightaway," Domenicali told CNN.