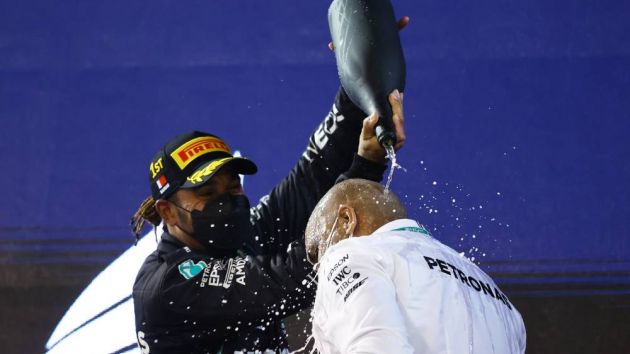 Filming for the fourth season of the hit Netflix show 'Formula 1: Drive to Survive' is underway, according to the show's executive producer James Gay-Rees.

The third season of the documentary-style programme was released in mid-March, immediately shooting to the top of Netflix's global rankings, continuing a strong run for the Formula One docuseries which first aired in 2019.

The series provides fans with an insight into the inner workings of Formula One and has helped drive engagement with the championship in the 16 to 35 age bracket by 77 per cent, according to Nielsen Sports.

Gay-Rees revealed some of the details for the upcoming fourth season on the Australian Grand Prix podcast 'In the Fast Lane'.

"What everyone is hoping for is that there is a proper Red Bull and Mercedes dust-off. Red Bull are playing it down and being calm and cool about it, but everyone seems to think it’s a two-horse race," Gay-Rees said.

"The battle for third could be pretty intense between McLaren and Ferrari, possibly Aston Martin and a few others, it’s shaping up to be a really good season."

Gay-Rees also revealed that a fifth season will also be released, hoping to focus on new storylines amid the 2022 regulations.

“Then the next season will be difficult again, because the new rules will come in and it’s going to be a slightly different scenario – new cars, so it’s going to be pretty punchy, we’d love to keep on going with it," he said.

The 2021 Formula One season continues on 18th April at Imola, Italy.