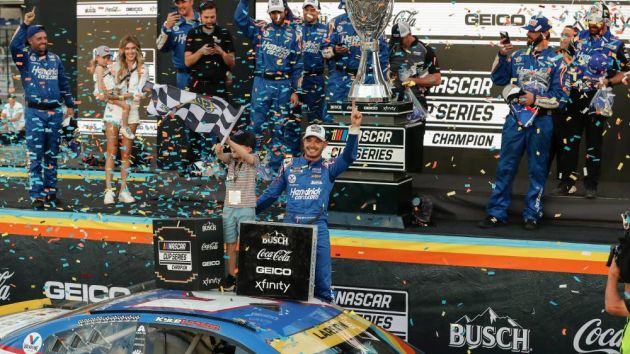 NBC Sports has revealed that its broadcasts of the Nascar Cup Series in 2021 produced an average total audience delivery (TAD) of 2.562 million, a slight increase on last year’s comparable races.

According to Nielsen and digital data from Adobe Analytics, excluding weather-impacted races, that per-race TAD represented an increase on 2020, where NBC’s coverage across its commercial network and the NBCSN pay-TV channel averaged 2.56 million.

Nascar's 2021 Cup Series season came to a close on 7th November at Phoenix Raceway, a race which produced a TAD of 3.24 million on NBC, an increase of six per cent compared to 2020's finale (3.09 million). The viewers who tuned in to see Kyle Larson secure his first career championship ensured the 2021 Phoenix race was the most-watched since 2018.

During the 2021 season, 11 out of the 20 races saw viewership gains compared to 2020, including six consecutive races between Michigan on 22nd August to Las Vegas on 26th September.