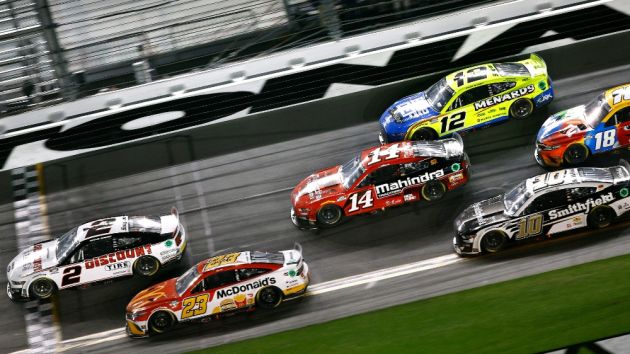 Nascar is confident in its positioning as it begins to consider the direction of its next media rights deal, with a streaming player expected to form part of any agreement.

The current contracts with Disney-owned Fox and Comcast-owned NBC, worth US$8.2 billion, expire after the 2024 season, and the expectation is that media rights discussions will begin next year.

“We’ll turn our focus to media rights discussions in 2023,” Brian Herbst, Nascar senior vice president for media and productions, told The Athletic. “We look to have more clarity by summer of 2023.”

Streaming is certain to be an area that Nascar wants to explore. Herbst cited the series' current work with NBC-owned Peacock on non-race content as a "real benefit".

"[Streaming is] where viewer habits are going and the younger demographics," he added.

This flexibility that streaming platforms provide, compared to the strict scheduling of linear TV, is attractive to Nascar. The series' internal research, as reported by the Athletic, shows that Nascar streaming content is consumed mostly via Netflix and Amazon Prime Video, but NBC-owned Peacock is now third on that list due to the shoulder content around the linear coverage.

Nascar looks to be in a strong position when it sits down for discussions and is said to be open to racing outside of its usual Sunday slot, with midweek races a possibility.

That flexibility, plus Nascar's successful navigation of the pandemic, means Herbst is able to hail the "stability" of its audiences, describing the increases this year as a nice "statement" ahead of the upcoming media rights talks.

The stock car racing series has offered up impressive viewership figures this season, with a four per cent increase in audiences compared to 2021.

The Fox portion of this saw its best performance since 2017 this season, with an average audience of 3.7 million, and Nascar reports it had its best Black and Hispanic viewership under its current broadcast deal. The combined viewership of Nascar's Cup Series, Xfinity Series and Camping World Truck Series was also the highest since 2017.

Innovation from Nascar is clearly driving interest, with the preseason Clash event averaging 4.28 million viewers on Fox and the revival of dirt track racing at Bristol peaking at 4.52 million viewers.

There is also the Chicago street race set to take place next season, Nascar's first ever attempt at a street track, and the reported US$50 million investment from the series highlights the lengths to which it is willing to go.