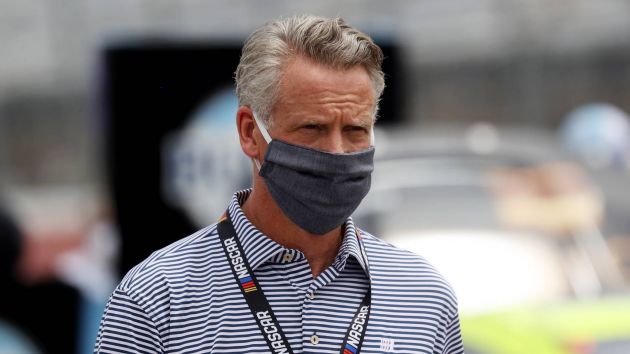 Nascar president Steve Phelps has reaffirmed his position that traditional linear broadcasting remains the focus for the US stock car racing series and says he has no plans to air races exclusively via streaming services.

Speculation surrounding Nascar’s broadcast future has arisen after US broadcaster NBCUniversal announced that it would be shutting down its NBCSN cable channel, which airs domestic coverage of Nascar, at the end of 2021.

Nascar is currently in the midst of a multi-billion dollar, ten-year deal with NBC signed in 2015. In 2022, it is expected that coverage of its top-tier Cup Series will move to USA Network, another NBCUniversal-owned channel, along with many of the live sports properties currently shown on NBCSN, rather than being aired by NBC’s Peacock streaming service.

“I would say right now that [moving to streaming-only services is] not something that’s on our radar,” Phelps told Racer. “I think that making sure that there is a place where people can watch over [the] air broadcast is important to us; it’s important to our teams and our sponsors. Cable, we’ve got a good balance at this particular point.

“Do I think there is a role for streaming services within Nascar? The answer to that is yes. Different content that we can put through a streaming service like a Peacock is important, and I think with funding going that particular direction, I think that can work out very well.”

Phelps added that Nascar would not be in favour of “being pushed over to Peacock” by NBC. “That’s not something that we would want to do, at least as it relates to the races themselves,” he said.

Phelps told Racer that the TrackPass service is performing "incredibly well”, adding: “Do I believe that there’s a place for motorsports and Nascar specifically in streaming? The answer is yes. I just don’t see that being done in the foreseeable future for our Nascar Cup Series races."

In other Nascar news, multinational broadcaster Eleven Sports has secured the exclusive Portuguese rights to the Cup Series for 2021 and 2022.

Portuguese fans are able to watch the content for a €4.99 monthly subscription after the 2021 season kicked off last weekend with the Daytona 500.