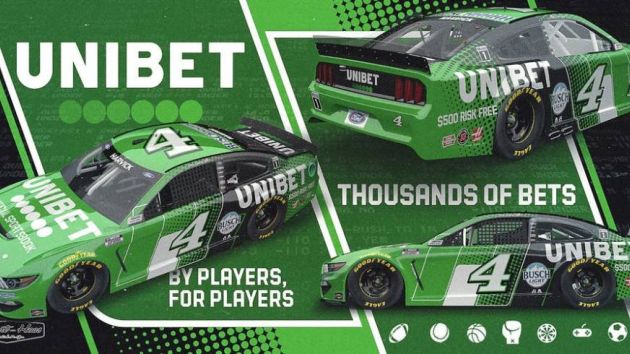 Unibet will be the primary sponsor for Stuart-Haas Racing driver Kevin Harvick at two Cup Series races across the 2021 season, at Indianapolis Motor Speedway (IMS) and Martinsville Speedway on 15th August and 31st October.

Additionally, Unibet will also serve as Harvick's primary sponsor during the Nascar Xfinity Series race at IMS on 14th August.

The partnership will begin on 27th June during the Nascar Cup Series double header at Pocono Raceway, where Unibet will receive front wing branding.

As sports betting becomes legal in more US states, Unibet will utilise the partnership with Stuart-Haas Racing to grow its consumer base across the country.

"We’re proud to represent and work with Unibet to grow its platform, now and in the future," said Brett Frood, president at Stewart-Haas Racing.

"Fans are the lifeblood of our sport and Unibet offers a new and insightful way for fans to engage with our sport in a meaningful way. We’re looking forward to kicking off our partnership with Unibet this weekend at Pocono where Pennsylvania residents can experience Unibet’s offerings first-hand."