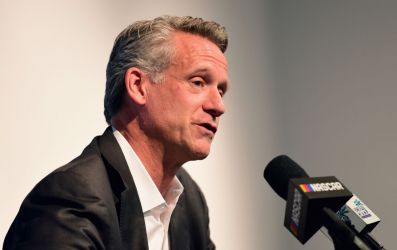 Nascar president Steve Phelps has insisted the France family is not trying to sell the US stock car racing series.

It was reported in 2018 that the France family was working with investment bank Goldman Sachs to explore a sale for the series, with the owners apparently exploring options to sell a majority stake.

Questioned ahead of this weekend’s Daytona 500 event, Phelps reiterated to Fox Business that the series will remain under its current ownership.

He said: “The France family is not interested in selling Nascar at all. I don’t foresee that in the short term, I don’t see it in the long term. This is their legacy. It’s going to continue.”

After a decade of decline, the series is actively seeking to improve fortunes, highlighted by its acquisition of International Speedway Corporation (ISC) in a US$2 billion merger, giving it control of all ISC venues that stage events on its schedule.

“We see significant growth that will come from the merger of these two companies,” Phelps added.

Staying with Nascar, the series has partnered with the US Census Bureau, with the aim of spreading awareness and encouraging participation in the once-a-decade national census.

As part of the agreement, the Census Bureau will become the title sponsor of the Nascar Xfinity Series race at Homestead-Miami Speedway on 21st March. Furthermore, an educational campaign will run across Nascar’s digital platforms and air across the series’ programming on Motor Racing Network (MRN).