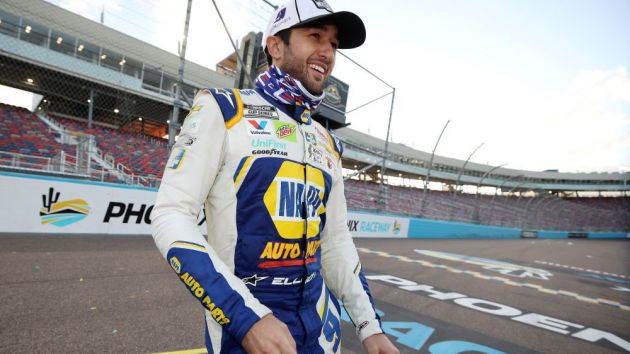 American stock car racing series Nascar has announced that Phoenix Raceway will continue to host its final round in 2022.

The mile-long Arizona oval first hosted Nascar events in 2020 and is set to round off the 2021 season across all series in the autumn.

Although the season finale has been confirmed, Nascar is still yet to reveal the full 2020 season calendar.

"We’re so proud of the fact that we get to host Nascar’s biggest weekend, crowning those four champions and celebrating the series, our drivers, our teams," said track president Julie Giese.

"It’s going to be a great event. We’re really looking forward to it and honoured that we have the opportunity to host this once again.

"Not only is the weather amazing in Arizona in November, the experience at the racetrack is second to none. We redeveloped the track a couple years ago and really made it about the fans. We reinvented that fan experience. It was all about immersing our fans into race weekend.

"I think what makes our sport so great anyway is the access, and just how much you can get into the sport when you’re at the racetrack and be part of it, for us it was taking that to the next level."

Elsewhere in Nascar, series officials have confirmed that its esports division, which takes place on iRacing, is developing a Chicago street circuit.

The project is a joint venture between Nascar officials, iRacing and the Specialized Marketing Group agency, as well as the Chicago Sports Commission and the City of Chicago, which enabled developers to take a laser scan of the streets to make the virtual track.

"Definitely not a traditional scan, and credit to Steve Myers and the group out at iRacing for being able to pull this off," said Ben Kennedy, Nascar's vice president of strategic initiatives.

"But it was one Sunday night in October at about 12:30 in the morning that they sent a scanner out there in the middle of the night and just made laps around the course. They were there for a little bit, captured some pictures and videos and some of the data that’s necessary to build that out."

He added: "Still a work in progress and we’ll have the final product on 2nd June to see, but certainly a very unique course and I think it’ll be an exciting one for our fans."