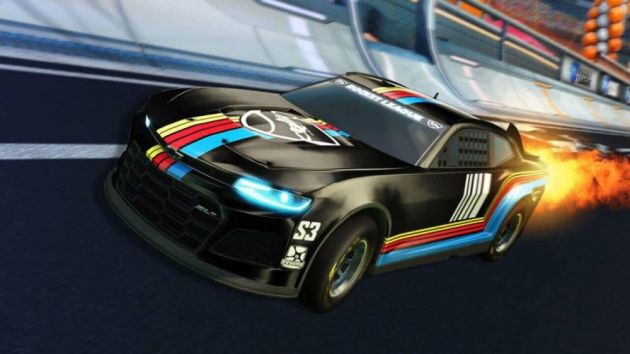 The tie-up gives fans the ability to purchase the Nascar 2021 fan pack from 6th May, bringing nine of Nascar's teams into the game. Rocket League, a popular esports title where cars play soccer, is part of Nascar's drive to engage younger fans with the series. According to the Sports Business Journal, Nascar's teams will not receive any direct revenue from the deal.

"This is one we’ve had circled from the very beginning of when we wanted to get into this space," said Tim Clark, Nascar’s senior vice president and chief digital officer, told the SBJ.

"There’s no game that is more of an obvious choice of where there’s some degree of organic integration for the Nascar brand into a game, so this was one we had at the top of our list. To see it come together has been huge.”

The partnership marks the first time that corporate sponsors will be incorporated in Rocket League. Game developers Psyonix recognised how sponsorship was an important part of Nascar's identity and felt that it was crucial to make an exception.

"For us, we’ve got some fast rocket-powered cars in our game, and Nascar has a couple fast cars out there on the track, so we’re always looking to bring in new partners and with them being the number one motorsport in the US, it was just a natural fit to collaborate with them," said Phil Piliero, Psyonix’s vice president and co-studio head, added.

"The real advantage for this one is letting fans of Nascar and Rocket League celebrate and enjoy their favourite teams inside the game, and also introducing the huge fan base that’s in Nascar to the game and the sport of Rocket League.”

Rocket League has struck similar deals with Formula One and car manufacturers such as Lamborghini.