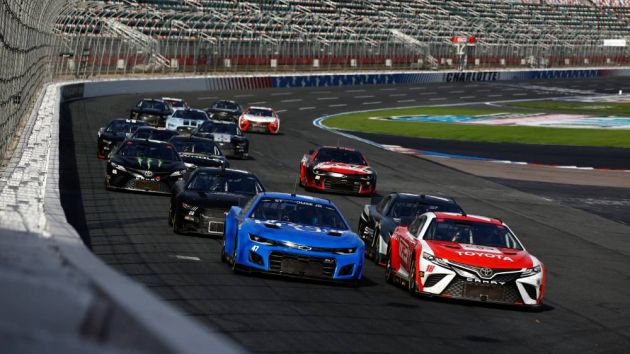 According to RCR, the deal with 3Chi is the first hemp-based consumer brand sponsorship across all major professional sports.

Beginning on 20th February with the Daytona 500, 3Chi's branding will appear on Reddick's car for a ‘significant’ number of races during the 2022 season.

Amid a flurry of deals ahead of the 2022 Nascar season, Stewart-Haas Racing have secured a deal with water heating brand Rheem. Rheem will be the primary sponsor of driver Kevin Harvick for three races during the 2022 season – Las Vegas, Darlington and Kansas.

In addition, Rheem branding will feature on the cars of Christopher Bell and Kyle Busch at Joe Gibbs Racing.

Spire Motorsports have also signed a new sponsorship for the 2022 Nascar Cup season. Built, already the official protein bar of Nascar, will be the primary sponsor of driver Corey LaJoie for the Daytona 500 and nine other races across the season. These include Phoenix, Martinsville, the All-Star Race at Texas, World Wide Technology Raceway, Road America, Richmond, the Southern 500 at Darlington and Homestead.

At JTG Daugherty Racing, Nascar Cup driver Ricky Stenhouse has sealed a pair of sponsorships for the 2022 season. Stenhouse’s deal with the SweetLeaf brand will debut at the Atlanta race on 20th March, while his Irish Spring Body Wash partnership will kick in for the Daytona 500 and Bristol Dirt races in 2022.