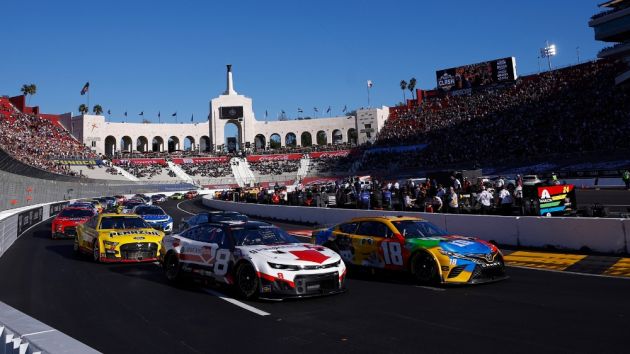 Nascar has revealed a major management restructure within its competition leadership team ahead of the 2023 season.

Elton Sawyer has been named senior vice president of competition, replacing Scott Miller who transitions to the newly created role of competition strategist.

Sawyer joined the stock car racing series in February 2015 as managing director of the Nascar Truck Series, before moving to vice president for technical inspection and officiating in 2016.

In his new role, his focus will be to oversee all aspects of on-track competition, inspection, rule development and officiating for all three of Nascar's national series.

Before him, Miller spent seven seasons in the role, but has decided to step back following a motorsport career spanning more than 40 years. His new role will have a particular focus on Nascar's special events, such as the Clash at the LA Coliseum and the first ever street race in Chicago.

“Following his lengthy driving career, Elton held key leadership positions for several race teams and here at Nascar for the last eight seasons. He will excel in this role, and we look forward to watching him continue to grow the competition team during this crucial era in our sport’s history.

“We are thrilled that Scott Miller has chosen to remain a key part of the Nascar competition team. When he joined Nascar in 2016, Scott lent immediate credibility to the position. A trusted voice in the garage, Scott used his decades of experience to lead our competition team to new heights during a time that saw a new race format, a new playoff format and a new race car. The mark he leaves on the organization is significant.”

There have also been several promotions within the team, with John Probst moving to chief racing development officer and Eric Jacuzzi to vice president for vehicle performance.