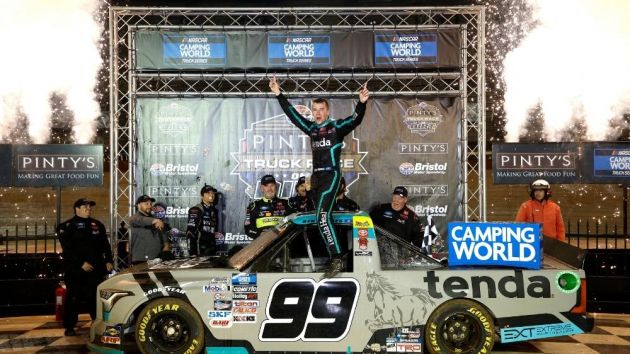 Nascar has announced a five-year extension with Pinty’s Delicious Foods as title sponsor of the Nascar Pinty’s Series, Canada’s largest national motorsports series. Pinty’s, which took over naming rights of the series in 2016, also remains an official partner of Nascar in Canada.

“Pinty’s has been a tremendous partner as we work together to grow racing in Canada,” said Chad Seigler, Nascar vice president, international business development.

“Their commitment to both the racing industry and the fan experience has elevated the Nascar Pinty’s Series over the past six years.

“The future is bright for Nascar in Canada, and this continued partnership will further increase fan interest and the competition level in Canada’s premier racing series.”

This year marks a decade-long partnership between the two brands, with Pinty’s first entering the sport as a contingency partner in 2012.

Throughout its Nascar partnership, Pinty’s has continued to work with several short tracks and race teams across Canada. Pinty’s also has naming rights to the Nascar Camping World Truck Series Pinty’s Dirt Race at Bristol, scheduled to take place under the lights this weekend.

“We are thrilled to extend our partnership with Nascar and build on our decade-long relationship of Making Great Food Fun,” said Jennifer Booth, partnerships manager for Olymel, parent company of Pinty's.

“We look forward to continuing to offer our loyal consumers with more great tasting Pinty’s products and even more entertainment from the best stock car racing in the world.”

The 2022 season is the Nascar Pinty’s Series’ first 'traditional' season since 2019 after the Covid-19 pandemic forced abbreviated schedules in 2020 and 2021.

The series will again race at a host of tracks in Canada, including Canadian Tire Motorsport Park during the track’s traditional Victoria Day weekend event, the streets of Toronto, and the historic Grand Prix Trois Rivieres.