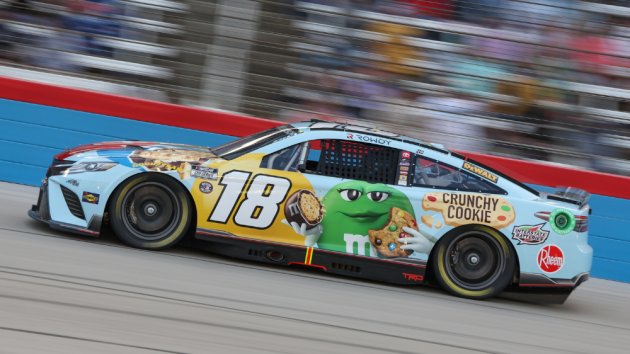 The Nascar Cup Series race at Pocono Raceway on 24th July has secured M&M's as its title sponsor.

The brand will continue the season-long celebration of its more than three decades in the sport by using the race to pay special tribute to Nascar fans and Mars Associates.

To kick off the celebrations, Mars will embark on a nationwide search on social media to identify some of the most active and passionate M&M's Racing fans, who will be invited as VIP guests to the M&M's Pocono race weekend.

The fans selected will not only serve as M&M's ambassadors throughout race weekend but will also have the chance to meet Nascar legends and receive signed merchandise. One lucky M&M's Mars fan will have the ultimate honour of serving as the grand marshal for the race.

“For more than 30 years, Mars has inspired moments of happiness through the colourful fun of the M&M's brand for Nascar fans all over the country,” said Anton Vincent, president of Mars Wrigley North America.

“During our final year and, in our backyard race, Mars wants to celebrate one of the best fan bases in the world with a Mars-sized ‘thank you.’ The M&M’s brand has celebrated many Nascar successes and we are grateful for the Nascar fans.”

“Mars is committed to using our 2022 season, our final year in the sport, to celebrate those that have made our last 32 years so memorable,” said William Clements, vice president of sponsorships and sports marketing at Mars.

“That is why we have partnered with Pocono Raceway to be the title sponsor of the Nascar Cup Series race on 24th July, which has been named the ‘M&M's Fan Appreciation 400.’ The race weekend will be designed to thank the incredible Mars Associates and Nascar fan base for making our journey in Nascar so special.

“Fans can expect tons of activities in the lead up to and throughout the race weekend, featuring M&M's Racing legends, past and present. We’re so excited and can’t wait to celebrate with you all.”