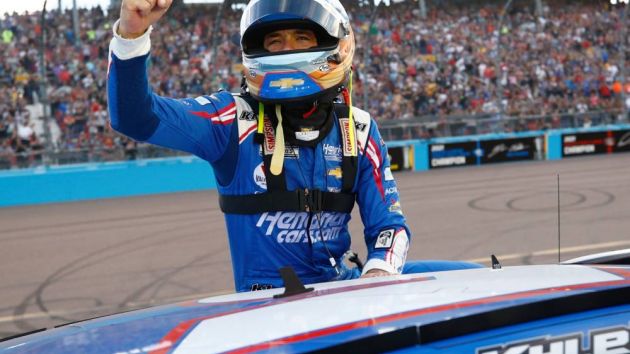 American stock car racing series Nascar has announced the return of qualifying and practice sessions to its weekend format for the 2022 season.

On the Friday of a racing weekend, all three Nascar series, the Cup Series, Xfinity Series and Camping Truck World Series, will run practice and qualifying sessions.

During the 2020 and 2021 seasons, Nascar operated without practice or qualifying sessions in order to cut down on travel time and the need for on-site personnel during the Covid-19 pandemic.

For the majority of Nascar's Cup Series races, the field will be separated into two groups and compete in a new knockout style qualifying and practice session, which will last two hours.

The new knockout qualifying will vary depending on the style of circuit, where ovals, super speedways, road courses and Bristol Dirt each feature a variation of the format.

At super speedway events, all competitors will complete one lap individually, where the top ten will move on to the final round, which follows the same format. The fastest qualifier from this final round will secure pole position.

Looking to road course events, the field will be split into two groups before each running a 15-minute session. The five fastest from each group will continue to a ten-minute final round.

Finally, at Bristol Dirt, four qualifying races will determine the field for the final race. The line-up for these races will be decided by a random draw.

This new format comes ahead of the introduction of Nascar's next-generation car, which is set to be introduced in 2022. The new generation of cars have been designed to benefit the team's automotive counterparts, cut costs to attract new teams and improve racing.

"We missed seeing cars and trucks on track all weekend long, and so did our fans. We worked closely with our broadcast partners, teams and racetracks to create an exciting, unique qualifying format, while keeping several of the efficiencies that helped our entire industry successfully navigate the pandemic."