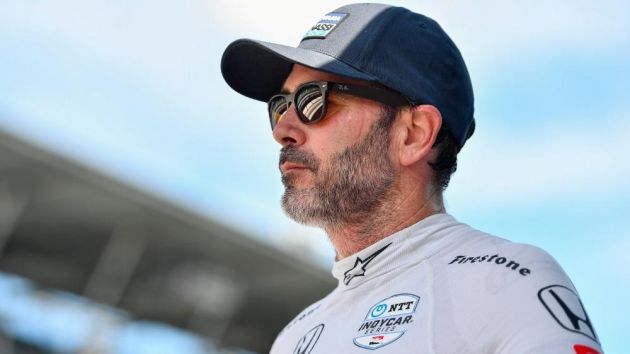 Seven-time Nascar Cup Series champion Jimmie Johnson will continue to receive backing from used car dealer Carvana, his primary sponsor in IndyCar for the last two years, regardless of his plans for 2023.

The 46-year-old is mulling a second full season with Chip Ganassi Racing (CGR) in IndyCar, but he could also target either an ovals-only programme or a single entry at the Indianapolis 500.

Regardless of Johnson’s eventual decision, Carvana will support him wherever he ends up racing next year.

“My journey, especially with IndyCar, has always been to have the season finish and take some time to figure out what I really want to do,” Johnson told reporters ahead of last weekend’s IndyCar finale, as reported by IndyStar.

“I feel very good to have this news and know that [Carvana] see value in what I provide, what Chip Ganassi Racing provides, as well as [IndyCar].

“Now, it’s time to go home and really look inside myself and figure out what my goals are personally and professionally and spend some time talking with [my family] about it and make some decision.”

Johnson is yet to make a call on his next move, but revealed CGR are supportive of his position and there are no financial constraints or limits from Carvana.

“Fortunately, I don’t feel any pressure from CGR or Carvana [to make a decision],” he continued. “Everything, any option is on the table right now.

“[My family] has some personal goals, too. We’d love to live abroad for a year. There’s so many elements that play into this.

This aligns with Johnson’s previous approach to his racing plans, having signed his original two-year deal with CGR in September 2020, before unveiling his partnership with Carvana six weeks later.

The IndyCar 2023 schedule is set to be announced in the coming weeks and it is expected that this will better inform Johnson’s decision on which series he plans to race in next season.