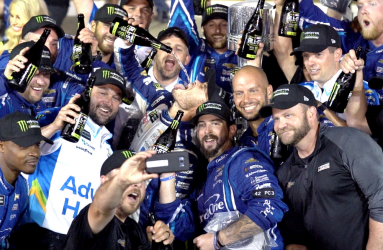 The deal, which is expected to close by the end of the year, gives the US stock car racing series control of a total of all ISC venues that stage events on its schedule, which as well as Daytona includes Talladega Superspeedway, Darlington Raceway and Homestead-Miami Speedway.

The agreement will see ISC stockholders receive US$45 per share, up from Nascar’s first bid in November which reportedly valued each share at US$42.

In securing ownership of ISC’s tracks and taking the company private, Nascar will have greater control over its race schedule, including the possibility of staging fewer events at tracks that host multiple races each year.

The merger comes as Nascar continues to attempt to reverse a slide which has seen its television ratings and attendances plummet in recent years. Revamping its congested race schedule could be seen as a route towards reigniting fan interest in the sport.

‘We are pleased with the progress that the negotiation and execution of the merger agreement between Nascar and ISC represents,’ Nascar said in a statement. ‘While important regulatory and shareholder approval processes remain, we look forward to the successful final resolution of this matter and continuing our work to grow this sport and deliver great racing experiences for our fans everywhere.’