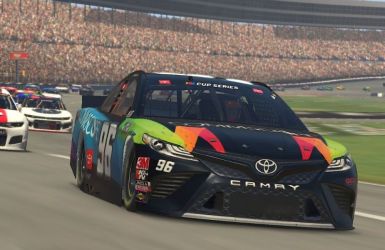 The new deal also sees Penn serve as the title sponsor of the upcoming race event from the virtual Dover International Speedway on 3rd May, using the inventory to promote the eNascar Finish Line app.

“During this time of uncertainty, eNascar has provided sports fans around the world with an exciting form of sports entertainment that is helping restore some normalcy to the weekend,” said Scott Warfield, Nascar’s managing director of gaming.

“Now, courtesy of our partners at Penn Interactive, fans can foster an even deeper connection with the new series and have even more incentive to tune into eNascar on Fox and FS1.”

The app is available to download on iOS and Android devices and will also give users a chance to win a US$5,000 jackpot by accurately predicting the top two finishers and the highest finishers across the esports series’ six different groupings of four drivers.

The eNascar iRacing series continues on 5th April with a race at the virtual Bristol Motor Speedway, and will be available to watch live on FS1, the Fox Sports app, and Nascar's own digital platforms.