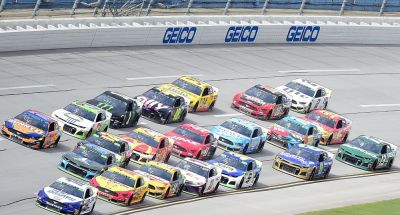 The US industry outlet says a contract has not yet been signed, but that a deal is verbally agreed and should be finalised unless there are any late complications.

The news comes after it was reported by SBJ in April that Nascar had rejected Monster Energy’s offer to extend its title sponsorship of the top-tier Nascar Cup Series in order to pursue a new tiered partnership model.

SBJ’s report added that Nascar is in ‘advanced talks with multiple companies’ over top-tier sponsorship deals with the sanctioning body apparently seeking between US$15 million and US$20 million per year.

The deal would grant Geico a range of assets, according to SBJ, including those from Nascar tracks and US media rights partners Fox Sports and NBC.

If confirmed, the partnership would expand Geico’s relationship with Nascar after the company became the official insurance partner of the series in a multi-year deal signed in March.