Ferrari to return to Le Mans from 2023 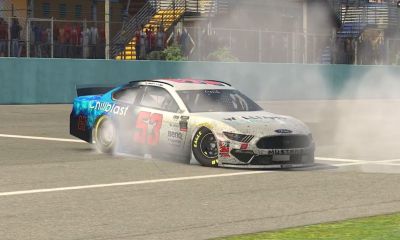 US stock car racing series Nascar has secured a domestic broadcast deal with Fox to air its new esports series during the absence of regular racing during the ongoing coronavirus pandemic.

Interest in the competitive esports series has grown since several Nascar drivers confirmed that they would be taking part.

Brad Zager, Fox Sports executive producer, said: “This is a unique opportunity to offer competitive and entertaining racing to our viewers as we all work through these challenging times together.

“We are following CDC guidelines to maintain a safe work environment, as the well-being of all those involved is paramount. We value our relationships across the Nascar community and appreciate all of the effort that it took in bringing this project to life.”

The broadcast could prove influential as other sports leagues and clubs around the world consider ways to leverage esports events to keep fans engaged.

Formula One has just announced the launch of its own F1 Esports Virtual Grand Prix Series, which will feature the global motorsport series’ drivers competing on simulators and will be aired across its digital platforms.