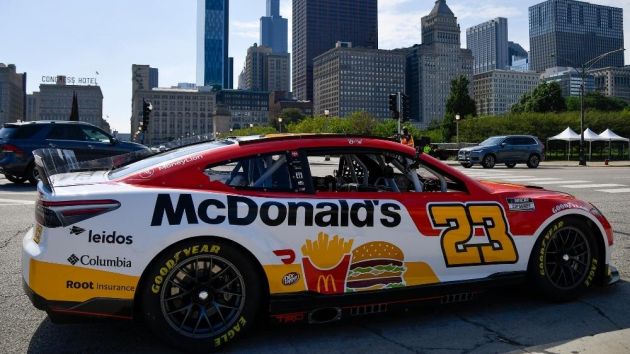 Nascar is looking to shift away from its traditional title sponsor model for next year's inaugural Chicago street race, instead focusing on four founding partners worth around US$2 million annually, according to Sports Business Journal (SBJ).

The stock car racing series is looking for three-year commitments from potential partners, which is the same length as the current contract for the Chicago street race.

SBJ reports a title sponsorship for a Nascar race usually costs in the mid-to-high six figures, but an additional media package can increase this to around US$1 million. The planned founding partners model will include advertising time for all partners.

Notably, Nascar pitched the entrances to its rebuilt Daytona track at between US$2 million to US$2.5 million annually over ten or 15-year terms.

Nascar is in active talks with a dozen brands, according to SBJ, with targets including companies headquartered in Chicago or with a major presence in the area. One such brand would be McDonald's, which is both based in Chicago and sponsors 23XI Racing, the team that was involved in the announcement of the race back in July.

The founding partners model would copy the way Nascar markets its sponsorship tiers, as the series last had Monster Energy as its title sponsor between 2017 and 2019. It has now shifted to four founding partners: Busch Beer, Coca-Cola, Geico and Xfinity.

Nascar offered its founding partners and its three car manufacturers, Chevrolet, Ford and Toyota, first refusal on Chicago street race sponsorship deals, and SBJ reports that some remain in talks.

Sponsors will each receive a certain section of the track for their branding, such as on the walls or on any pedestrian bridges.

The stock car racing series is looking to embed itself in Chicago, having recently opened an office in the city, and is making a big investment for the inaugural street race to be a success, with it costing around US$50 million, much further off the US$15 million to US$25 million it was expected to cost.