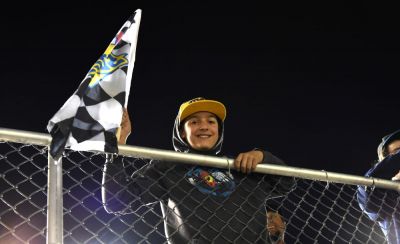 Nascar, the US stock car racing series, will allow a limited number of spectators to attend its Cup Series races at Homestead-Miami Speedway and Talladega Superspeedway this month.

Having returned to the track behind closed doors with the Real Heroes 400 at Darlington Raceway on 17th May, Nascar’s decision makes it the first major sports organisation in the US to allow fans at its events amid the coronavirus pandemic.

For the Dixie Vodka 400 at Homestead-Miami Speedway on 14th June, the series will permit up to 1,000 Florida service members, representing the Homestead Air Reserve Base and US Southern Command in Doral, to attend as honorary guests.

The Geico 500 at Talladega Superspeedway, set for 21st June, will allow up to 5,000 fans into the venue from stretch grandstands and towers. Tickets will be made available on a first-come, first-served basis to fans who had previously bought them or reserved camping for the originally scheduled Geico 500, which had been due to start on 26th April, and live within a designated proximity to the circuit.

Grandstand and tower tickets will cost US$40 and US$50 respectively, with a maximum of six seats grouped together. There will also be limited motorhome and camping spots available outside the track.

All fans attending will be screened before entering the venues, and are required to wear face coverings, maintain social distancing at six feet, and will not have access to the infield.

“We feel confident in our plan. Also it doesn’t mean that we won’t also have additional learnings and adapt our plan going forward. That’s the whole purpose of being very slow, methodical in phasing this in.”

“One of the things that I’m kind of proud of to see is we’re going to have a clean team, a clean team that’s at track constantly cleaning everything very visibly for every guest that’s there to know we’re doing everything we can to keep them safe. We feel confident in the plan.”

“Advance’s commitment to our Weekly Series will develop some of the brightest Nascar talent across North America. Advance has a long history in racing, and we’re thrilled to see its expanded presence from the grassroots all the way through our national series.”