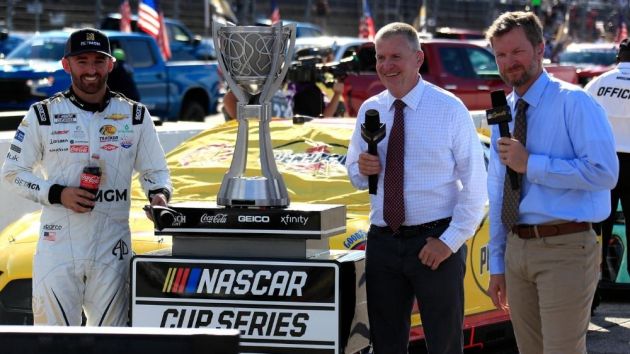 Nascar and the Race Team Alliance (RTA) have enlisted Evolution Media Capital (EMC) and Wasserman ahead of negotiations for the American stock car racing series’ next domestic TV rights deal, according to Sports Business Journal (SBJ).

Nascar has reportedly chosen Create Artists Agency (CAA) subsidiary EMC, while the RTA, the representative body for the series’ teams, has gone with Los Angeles-headquartered Wasserman.

The decision to retain consultants comes ahead of Nascar’s formal media rights talks beginning next year. The series’ current TV deals with NBC and Fox end in 2024.

Fox and NBC currently pay a combined US$820 million annually. EMC is set to advise on talks over the new deals, with SBJ also reporting that Disney-owned ESPN is interested in having conversations over the new broadcast contracts that kick in for the 2025 season.

Wasserman, meanwhile, will assist the RTA in helping teams understand the broader sports media landscape and where they fit into it.

Teams are reportedly looking for a greater portion of the next TV rights fee, for which they currently receive a 25 per cent share. In addition, 65 per cent goes to the tracks and ten per cent to the sanctioning body.

Nascar president Steve Phelps told the Marchand and Ourand Sports Media Podcast in February that the series is targeting an eight to ten-year contract for the next rights cycle.

Nascar will also continue working with Doug Perlman’s Sports Media Advisors, on media rights, as well as identifying future opportunities such as Web 3.0 and gaming.