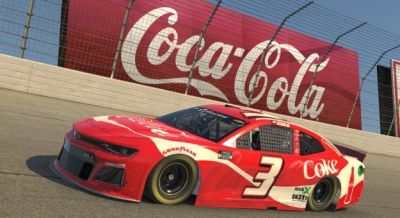 Nascar has announced Coca-Cola as the new title sponsor of its official esports competition, the eNascar iRacing series.

The soft drinks giant, which is already a premier partner of Nascar’s top-tier Cup Series, has signed a multi-year deal to support the gaming competition ahead of the start of its 11th season, which kicks off on 11th February.

The newly named eNascar Coca-Cola iRacing Series will offer an increased prize pool of more than US$300,000, making it one of the richest competitions in esports racing. The 40 drivers and 20 teams competing in the series will earn cash prizes throughout the season, with the overall champion taking home US$100,000.

Confirmation of Coca-Cola’s backing coincides with the news that six races are set to be televised this year by US broadcaster NBCSN, which initially began showing the series last summer. Coverage will also be shown online by Facebook, Twitch, YouTube and eNascar.com.

“The audience surge and growth our eNascar platforms experienced in 2019 was the result of the most talented gamers delivering some of the best weeknight racing,” said Tim Clark, Nascar’s senior vice president and chief digital officer.

“The momentum heading into this eNascar Coca-Cola iRacing Series season will continue with unprecedented collaboration across the industry and help usher in the next generation of race fans.”