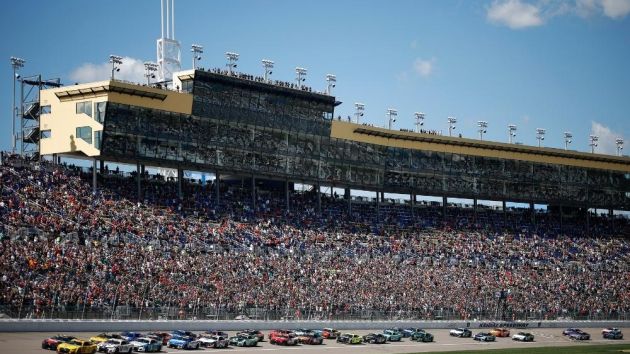 Nascar has unveiled its 2023 schedules for its Cup, Xfinity and Truck Series ahead of its 75th anniversary season.

All three will begin in February next year, with the Cup Series commencing with its second visit to the Los Angeles Memorial Coliseum for the Busch Light Clash on 5th February.

The third weekend of February will see the Truck and Xfinity Series start their respective seasons on the 17th and 18th of the month respectively. The 63rd running of the Daytona 500 will round out the weekend on 19th February.

Next year will see the Nascar Cup Series debut its first ever street race in Chicago on 2nd July, returning to the area for the first time since 2019.

The Xfinity Series will also see an additional road course added to the calendar, with Sonoma Raceway hosting on 10th June, three weeks before the Chicago street race.

There is also a return to the Milwaukee Mile for the Truck Series on 27th August , having last raced there in 2009.

North Wilkesboro is confirmed as host of the 2023 All-Star Race on 21st May, the first time Nascar has competed at the track since 1996.

The championship events for all series will once again be hosted at Phoenix Raceway from 3rd to 5th November, which replaced Homestead-Miami Speedway in 2020.

“As we prepare to celebrate our 75th anniversary season, we are committed to delivering a schedule that acknowledges the deep history and tradition of our sport while establishing a bold future that brings the best racing in the world to new markets and new fans,” said Ben Kennedy, Nascar senior vice president of racing development and strategy.

“The 2023 schedules are a product of continued collaboration across our industry and partners. We are incredibly proud of what our sport will have to offer fans next season, and excited to celebrate this milestone season with the most diverse compilation of tracks in motorsports.”