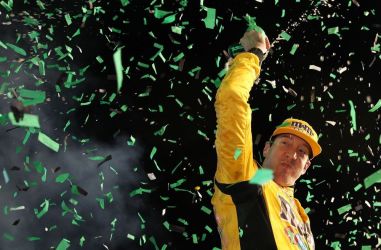 US stock car racing series Nascar has renamed its elite tier the Nascar Cup Series after deciding against renewing its title sponsorship deal with Monster Energy in favour of a new premium partner programme featuring Busch Beer, Coca-Cola, Geico and Xfinity as cornerstone brands from 2020.

For Nascar, it hopes the shift will provide a number of strategic benefits. These include greater activation opportunities for brands across the sport, with its premier partners set to play a key role in consumer marketing and fan development initiatives.

The new model includes premium assets for the four brands to engage with fans, with each one collectively owning a distinctive presence connected to the Nascar Cup Series Championship Race and All-Star Race. Additionally, all four partners will be prominently featured across the motorsport’s digital and physical assets, as well as broadcast integrations.

Winston, Nextel, Sprint and, most recently, Monster Energy have all served as title sponsors for Nascar’s top racing series before it decided to switch commercial strategies.

All four of the newly confirmed top partners held pre-existing partnerships with the series prior to the official announcement. Busch Beer returned as an official partner in 2018 to put its name to the Busch Pole Award, Coca-Cola signed on as an official partner in 1998, Geico is the sport’s official insurance provider and Comcast’s Xfinity brand penned a deal in 2015 as title sponsor of the second-tier Xfinity Series.

“This has been a monumental year for our sport, one highlighted by significant changes in our business model to ensure long-term viability and growth,” said Nascar president Steve Phelps. “As we begin this new chapter, we are joined by four incredible brands with deep-rooted histories across all levels of our sport. We are honoured to have this elite group represent our Nascar Cup Series for years to come.”

Daryl Wolfe, Nascar’s executive vice president and chief sales and operations officer, added: “This new model will provide our premier partners with a heightened level of integration and visibility across all aspects of our sport.

“Each of these partners have demonstrated their commitment to our brand-loyal fan base and we are excited about how these brands will elevate the Nascar Cup Series.”