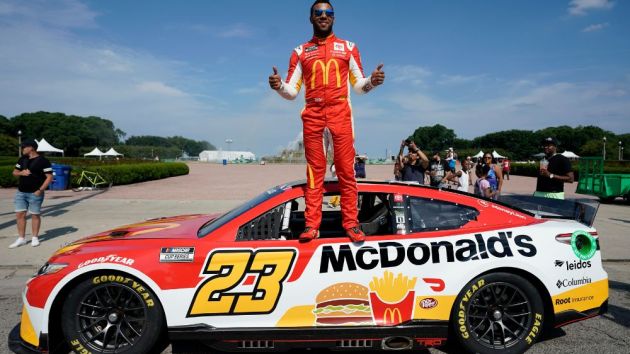 The series’ first ever official street race will take place on the weekend of the 1st July next year on a temporary circuit in downtown Chicago that is designed to showcase a number of local landmarks.

The new Chicago race will replace the Road America event on the Independence Day weekend slot in the Nascar schedule, curtailing the stop at Elkhart Lake, Wisconsin after two seasons.

Having first run a race in the Illinois city in 1956, Nascar has gone without a Cup Series event in the area since ending its 18-year run at Chicagoland Speedway in 2019.

“We’ll be working hand and glove with Nascar to make sure that the experience is safe but also incredibly enjoyable for the fans,” said Lori Lightfoot, Chicago mayor.

“If you know anything about the city of Chicago, you probably know our tremendous lakefront and icons like Grant Park and Buckingham Fountain. I’m looking forward to showcasing our fantastic city on a global stage. We’re going to do everything we can to make sure that this race is a love letter to the city of Chicago.”

Ben Kennedy, senior vice president of racing development and strategy at Nascar, said: “[We’re] really excited about announcing that for the first time with our national series that we’ll be bringing it to a street course, and what better place to do it than downtown Chicago, such an iconic city.

“Adding a street course to the schedule I think is going to continue to make it probably the most diverse motorsports schedule that exists out there today, and we’re really excited about that.

“But I think it gives us the ability, as we think on into the future to enter some of the new markets and look at some of our events in different ways.”