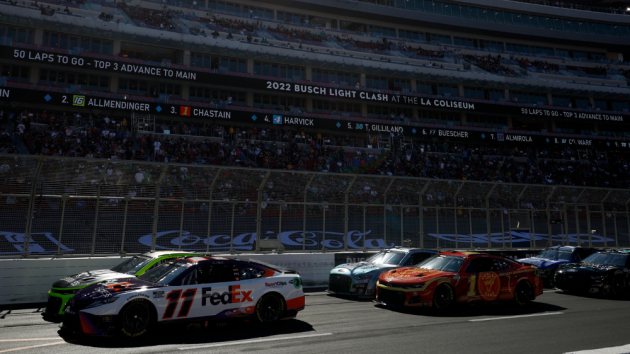 American stock car racing series Nascar has announced the Busch Light Clash will return to the Los Angeles Memorial Coliseum in 2023 for a second consecutive season.

Held for the first time in 2022 on a purpose-built 0.25-mile track inside the venue, the returning event will be held on 5th February 2023.

Last year was the first time the event was held away from Daytona International Speedway, which has hosted the race since its inception in 1979.

It will once again act as the prelude to the Daytona 500, which opens the Nascar Cup Series season two weeks later.

“Our entire industry made a bold move by bringing the Busch Light Clash to the LA Coliseum this past February and it paid off by becoming an instant classic with both new and existing fans,” said Ben Kennedy, senior vice president of racing development and strategy at Nascar.

“We are intent on showcasing our sport and drivers on the biggest stage and there is none bigger than the LA Coliseum. We’re thrilled to return to the heart of Los Angeles to officially start the season and set the stage for the Daytona 500.”