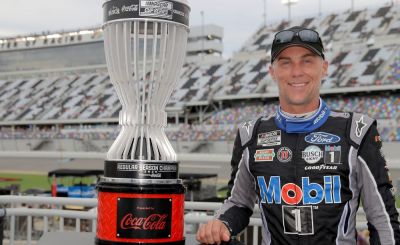 Nascar, the US-based stock car racing organisation, has announced a major shakeup of its top-tier Cup Series for 2021, with traditional Formula One venue, the Circuit of the Americas, joining the race schedule.

With an increased focus on road racing, the schedule features six races on road courses, fewer intermediate oval tracks and the series’ first race on dirt since 1970. Nascar’s calendar features 36 races in total and the highest number of new tracks in more than 40 years.

The Circuit of the Americas in Austin, which until this year’s coronavirus pandemic intervened had hosted the US Grand Prix every year since 2012, makes its Nascar debut.

Road America – which is a regular venue for the second-tier Xfinity series - and the Indianapolis Motor Speedway road course that hosted an Xfinity race for the first time this year also join the calendar.

Bristol Motor Speedway will be converted to a dirt track for its early season Cup Series race, hosting Nascar’s  first top-tier race on dirt in more than 40 years.

Darlington Raceway and Atlanta Motor Speedway have each gained a race, with the All-Star Race moving to Texas Motor Speedway. The opening Clash exhibition event of 2021 is set for a Tuesday night on Daytona International Speedway’s road course.

Among the venues missing out, the Indianapolis Motor Speedway oval which has hosted the Brickyard 400 since 1994 drops off the calendar. Races at Kentucky Speedway and Chicagoland Speedway have also been dropped.

Rival US motorsport series IndyCar's 2021 calendar has also been announced, confirming the presence of the inaugural Music City Grand Prix in Nashville, Tennessee. The Circuit of the Americas is being dropped by IndyCar, along with Iowa Speedway and Richmond Raceway.