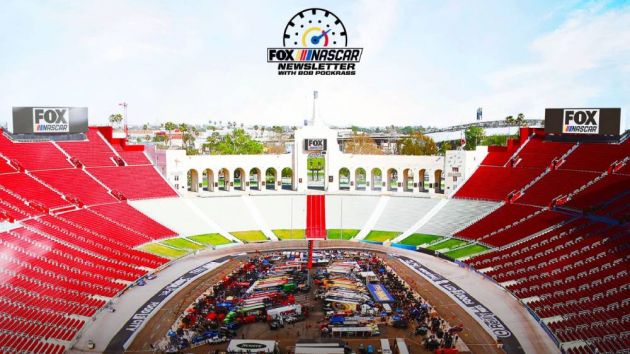 ‘The Clash at the Coliseum’ will mark the first time that Nascar's preseason event takes place at a venue other than the Daytona Speedway since 1979 and will mark the series' centennial anniversary.

To be able to host Nascar, the Coliseum will be transformed into a quarter-mile asphalt short track, built around the football field.

Previously, the Coliseum has hosted Supercross and Speedway motorcycle competitions as well as off-road events, but the temporary track will be a first, with construction set to begin on 1st January 2022.

"Los Angeles is synonymous with major sports and entertainment events, so we seized an innovative opportunity to showcase Nascar at the Los Angeles Memorial Coliseum,” said Ben Kennedy, Nascar’s senior vice president of strategy and innovation.

"We’re thrilled to have the opportunity to take centre stage in this market as we get our 2022 season underway."

In addition, the venue has been tested virtually by drivers and sim racers competing in the eNascar Coca-Cola iRacing series.

Kennedy added: "I think a lot of good feedback and intel that we’ve gotten from some of those test events, and I think that will ultimately help us kind of refine exactly what that model is going to look like.

"So other than that, it’ll be asphalt, quarter-mile. We’ll have a few pit stalls, maybe eight to 10, inside but for non-competitive stuff. If someone has a loose wheel or needs to repair their car, they’ll be able to come in and do that."

The Cup Series drivers competing in the Clash will also utilise Nascar's next-generation car, which is still undergoing testing before it is introduced next season.

Nascar's next-generation car is set to feature a new front splitter, aerodynamic vents on the bonnet and a redesigned side skirt. Additionally, a rear diffuser will be introduced, which will be used in Nascar for the first time.

Kennedy added: "I think given that it is a fresh concept, a fresh event, a fresh year, we wanted to start off with a fresh look with the Next Gen car."