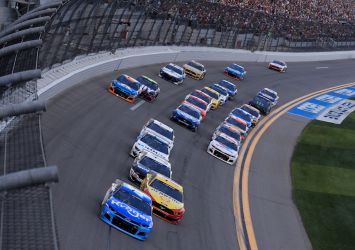 Nascar has announced a four-year extension to its Charter agreement, a set of terms that governs revenue distribution and guarantees teams and their drivers a starting spot in its top-tier Cup Series.

The new agreement, which covers the period from 2021 to 2024, ensures that 36 entries will continue to hold charters, which were originally awarded in 2016 as part of sweeping changes to make the business of Nascar more commercially viable.

The Charter system, which was introduced for an initial five-year period, is designed to give full-time teams in stock car racing’s preeminent series, and other stakeholders across the sport, greater financial security whilst reducing their reliance on private sponsorship.

Charters can be transferred or leased to other teams for one-off seasons, or sold altogether. Some racing team owners, mainly those who have demonstrated their long-term commitment to Nascar over the years, hold multiple charters.

According to Motorsportweek.com, teams will receive 6.5 per cent of revenues generated by Nascar and its tracks under the terms of the new deal, a 1.5 per cent increase on the original agreement. Chartered teams will also receive an additional US$2.8 million from race prize purses - money which had previously been available to open or non-chartered teams, four of which are permitted to compete in each race.

An article by the Athletic, which first reported the extension, reveals that chartered teams split a combined total of approximately US$260 million in 2019.

“The Charter agreement is delivering stability and long-term value to existing team owners while providing a clear path for ownership in the Nascar Cup Series,” said Nascar president Steve Phelps.

“We are pleased to have reached an agreement with the team owners that extends the length of the Charter system until 2024. A healthy ownership structure ensures strong, competitive racing for our fans, which is a goal the industry collectively shares.”

Friday’s announcement of the renewal has also been endorsed by the Race Team Alliance (RTA), the group that represents teams in negotiations with Nascar.

“After extensive consultation among the teams, Nascar and other stakeholders, there is now a collaborative roadmap for development for the Next Gen car, schedules, and new areas of growth including esports and gaming,” said RTA chairman Rob Kauffman.

“The extension will continue the positive trends currently underway and advance the RTA’s goal to promote and grow the sport of stock car racing.”

News of the renewed Charter agreement came ahead of Sunday’s Daytona 500, which Nascar was forced to postpone until Monday due to inclement weather. At the time of the postponement, which came after 20 just laps, JTG Daugherty Racing’s Ricky Stenhouse Jr held the lead.