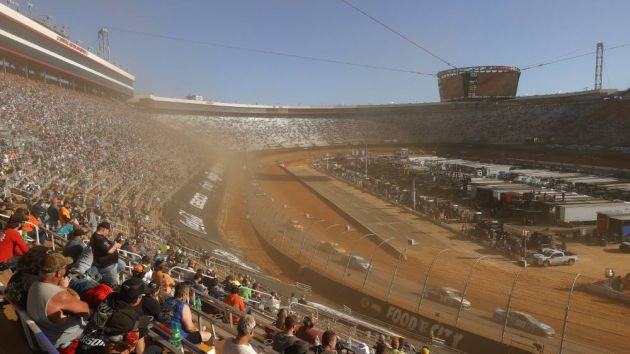 American stock car racing series Nascar has confirmed that it will return to the dirt track at Bristol Motor Speedway in 2022.

On Monday 29th March, the series raced on dirt for the first time since 1970. Shortly after, the announcement that the Nascar Cup Series would return to the dirt oval was made by track owners Speedway Motorsports.

The weekend's race was delayed to Monday from its usual Sunday spot due to rain and flooding concerns. Additionally, the Saturday qualifying was cancelled due to heavy rain. However, according to Sport Business Journal (SBJ), domestic viewing figures for the race still peaked at 3.11 million views on Fox Sports, with 45,000 tuning in via the network's digital platforms.

"There has been so much buzz and excitement around the inaugural Food City Dirt Race weekend that with Nascar’s blessing, we are thrilled to announce that we will be bringing back dirt in 2022 as part of the Nascar Cup Series spring schedule," said Jerry Caldwell, executive vice president and general manager of Bristol Motor Speedway.

"The dirt experience is unlike any other for Nascar fans and could become a must-see event every season."

Nascar has held two Cup Series races every year at the track since it opened in 1961.