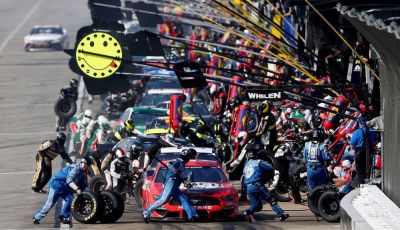 The multi-year deal will see Nascar and BetMGM, which is a joint venture between MGM Resorts and GVC Holdings, create and promote sports gambling experiences, including the introduction of pre-race and in-play betting options.

BetMGM will start to offer live, in-play betting from 2021 through a partnership with Genius Sports, which is the exclusive provider of Nascar data to licensed sportsbooks. Among the bet types currently being explored are top-finishing drivers, driver matchups, stage winners and wagers tied to the number of the winning car, among others.

The pair are also working together to develop a free-to-play Nascar game.

The agreement gives BetMGM the right to use Nascar marks and promote the motorsport series’ offerings across its mobile app, website and social media channels, as well as in its retail sportsbooks.

BetMGM is currently licensed for sports betting in seven US states, with plans to expand into 11 by the end of this year.

Nascar has significantly beefed up its sports betting operation since the US relaxed laws on wagers being placed on sporting events. As well as its data tie-up with Genius Sports, the sanctioning body has an integrity deal with Sportradar and a gaming partnership with Penn National. In May, Nascar announced a deal with IMG Arena, the agency giant’s London-based sports betting arm, to launch a virtual game that will be offered to bookmakers around the world.

Commenting on the latest deal with BetMGM, Scott Warfield, Nascar’s managing director of gaming, said: “Partnering with a best-in-class operator like BetMGM positions Nascar to build on the positive energy and momentum we’re seeing around gaming and in particular the live in-race experience. We’re excited to have such an iconic brand on board to expand our offerings and deepen our engagement with the most passionate fans in sports.”