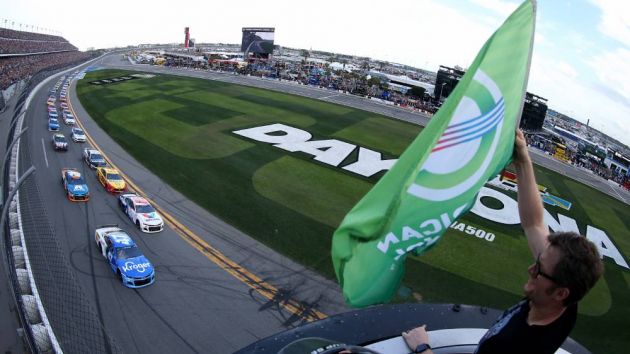 A new event at the World Wide Technology Raceway at Gateway is the only new venue to be added to Nascar's 36 points-scoring events throughout the season, and will take place on 5th June.

The circuit, located in Illinois, has hosted Nascar Xfinity and Camping World Truck Series events in the past, but is yet to make its Cup Series debut.

The 2022 season also marks Nascar's introduction of its next-generation car, which is currently undergoing testing.

The new car is set to feature an updated front splitter, aerodynamic vents on the bonnet and a redesigned side skirt. Additionally, a rear diffuser will be introduced, which will be used in Nascar for the first time.

The first points-scoring event, the Daytona 500, will take place on 20th February. The season is scheduled to finish on 6th November at Phoenix Raceway, which will host the finale for the third consecutive year.

Additionally, the three new venues introduced to the Cup Series calendar for 2021 - Circuit of the Americas (COTA), Nashville Superspeedway and Road America - will make their return in 2022.

Nascar's famous Clash event, which kicks off the season, is also set to take place at the Los Angeles Coliseum for the first time. Since the Clash's debut in 1979, it has been held at Daytona.

Other changes to the calendar include some late-season adjustments. Races in Las Vegas and Fort Worth, Texas, will trade places, taking place on 16th October and 25th September respectively. The Kansas round will also be moved forward to 11th September.

In addition, Auto Club Speedway is set to return to the calendar after a two-year hiatus due to the Covid-19 pandemic.

"The process has been very refreshing for me personally to see everyone work together from all the different industry stakeholders, getting feedback from our teams, and then a lot of feedback from our fans from different studies that we’ve done, too," said Ben Kennedy, Nascar's senior vice president of strategy and innovation.

"So it’s been a very collaborative process, and it’s been really neat to see how it’s been received, both the 2021 schedule and looking forward to see how everyone reacts to ’22."