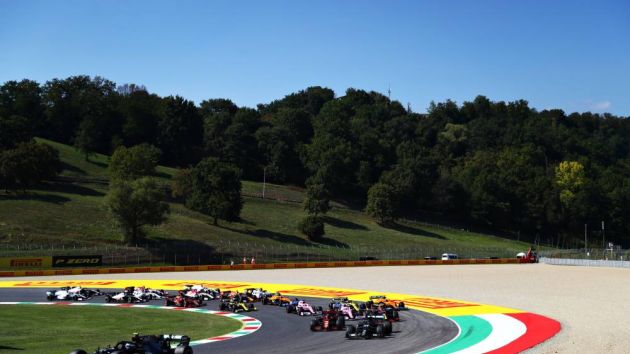 The study, titled ‘Racing towards a sustainable future: a review of the disclosed sustainability performance of international racing circuits’, used industry-specific and United Nations criteria to analyse and evaluate how environmentally-friendly tracks are globally.

A total of 96 circuits were analysed, with only 31 demonstrating sustainable practices which met the criteria. Seven tracks were deemed to have plans that demonstrate a medium to high sustainability performance, with three of those showing a good stage of implementation.

The report discovered that Mugello in Italy is the most sustainable circuit. The track hosts MotoGP events and was the home of Formula One's Tuscan Grand Prix in 2020.

Mugello uses 100 per cent renewable energy and produces 25 per cent of that using solar panels. Several water bottle refill points and a rainwater recovery system have also helped it improve its sustainability.

There were also notable mentions for Pocono and Sonoma Raceway in the US, Italy’s Misano World Circuit and Autodromo Vallelunga Piero Taruffi, and the Ricardo Tormo Circuit in Spain.

“Too often motorsport has been accused of greenwashing, where stakeholders have used nice words and loose promises,” said Dr Cristiana Pace, a member of the International Automobile Federation's (FIA) environmental and sustainability commission and founder of Enovation Consulting.

“The Sustainable Circuits Index proposes a robust assessment of racing tracks’ sustainability performances based on disclosed data and a well-developed framework, aiming to enable motorsport venues to benchmark each other and, ultimately, accelerate actions and changes. Because the time for vagueness has run out.”

Alex Wurz, the chairman of the Grand Prix Driver's Association, added: “I have been involved with the safety and sustainability of racing tracks for many years now, as a driver, GPDA chairman and a circuit designer.

“And while I would argue that big improvements have been made in terms of safety, I also know that there is a long way to go in terms of fully embracing sustainability for racing tracks around the globe.

“Though circuits have started to change the way in which they approach sustainability, more guidance on what sustainability means and how a circuit can be sustainable are needed.”