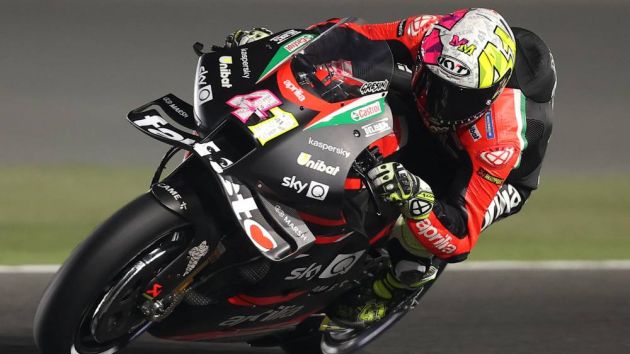 MotoGP owner Dorna Sports has announced that the Aprilia Racing team has struck a deal to remain in the series until 2026.

The new deal means that MotoGP will continue to operate with six manufacturers on its grid from 2022 until 2026.

From 2022 onwards, Aprilia Racing will participate in MotoGP as a manufacturer, running as a factory team as its current agreement with Gresini Racing comes to an end.

Aprilia Racing is one of the most successful motorcycling teams in history, having won 54 titles and 294 Grand Prix races.

"From next season, we will be participating in an official capacity as a manufacturer," said Massimo Rivola, chief executive at Aprilia Racing.

"This opens up new and hopefully great opportunities and we will need to manage many additional responsibilities. It is a natural step that we are taking just as we are beginning to see the first positive signs from the hard work we’ve done in Noale, first and foremost on our structure, and consequently on our beautiful RS-GP bikes.

"At this time, our thoughts and gratitude go to Gresini Racing, who have accompanied us in these years. In heartfelt memory of Fausto, I wish the team and all its staff the best success for the coming seasons."

The 2021 MotoGP championship continues on 2nd May at Jerez.