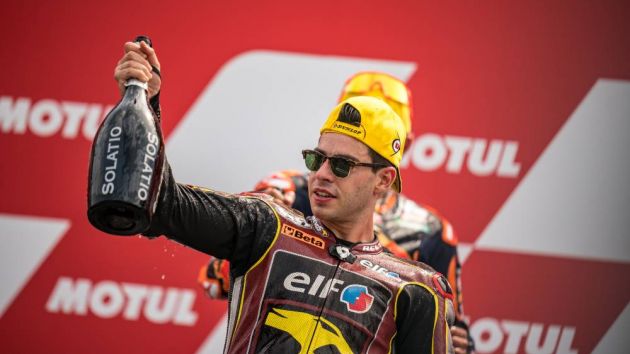 The new, three-year contract is set to begin in 2022 and will see Ziggo Sport broadcast all MotoGP, Moto2, Moto3 and MotoE sessions.

Additionally, the partnership spans the Dutch TT event at the TT Circuit Assen, which will be broadcast live on Ziggo Sport and Ziggo Sport Totaal.

As part of the deal, Ziggo Sport will cover MotoGP events with studio broadcasts whilst providing on-site commentary.

The new partnership with Ziggo sees MotoGP move on from its current broadcast deal with Eurosport, which has been in place since 2014.

"MotoGP is a great sport, and a package that many parties are interested in within the sports rights market," said Will Moerer, director of Ziggo Sport. "We’re therefore very happy that we’ve succeeded in acquiring these rights.

"Every race weekend brings spectacle, and because it’s always well covered, you, the television viewer, get to experience it all.

"Racing will continue to occupy a prominent place in Ziggo Sport's programming in the coming years, as well as on our 24-hour channel Ziggo Sport Racing as part of the Ziggo Sport Totaal package.

"With the Dutch contribution of Rinus van Kalmhout in IndyCar, champions Nyck de Vries and Robin Frijns in Formula E, and hopefully eventually the great Dutch talent Zonta van den Goorbergh in the MotoGP paddock joining Bo Bendsneyder, the motorsport fan will be well served by Ziggo Sport in the coming years."