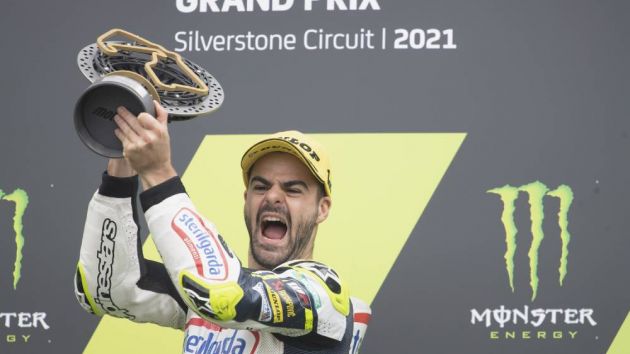 Each free practice, qualifying and race session will be broadcast live, with at least two races per season to be shown on a free-to-air basis.

In addition, audiences will be able to watch MotoGP content on Canal+'s over-the-top (OTT) platform, MyCanal, for the duration of the partnership.

Canal+ has held broadcasting rights to MotoGP since 2019, during which viewership numbers have risen, as one million viewers tuned in to watch the 2021 Spanish Grand Prix.

This deal marks the latest in a series of broadcast partnerships for MotoGP, as the global motorcycling series recently inked a three-year deal with Dutch pay-TV channel Ziggo Sport.

"We are very proud not only to extend our contract with Canal+, but to do so for another six seasons, showing the strength of our collaboration," said Manel Arroyo, chief commercial officer at Dorna Sports.

"It’s fantastic to see MotoGP enjoy ever-growing success across France and we are delighted to have a partner like Canal+ providing such top-quality coverage.

"I’m confident that together we can continue giving fans the best experience of MotoGP, as well as welcoming new audiences as the sport goes from strength to strength."

Looking to improve its motorsport offering, Canal+ has also secured an eight-year contract extension with the World Rally Championship (WRC), which will last until 2030.

This marks the longest broadcast deal in WRC's history and continues a partnership that was set to expire in 2022.

Philip Maenner, media rights director at WRC Promoter, said: “Our environmentally-friendly future, with hybrid cars and 100 per cent sustainable fuel, was a key factor in sealing not only this Canal+ deal, but also those we recently signed with BT Sport in the UK and Cosmote TV in Greece.

"An eight-year agreement is pretty much unheard of in top-level sport. I believe the enthusiasm of Canal+ will send a message to other broadcasters that WRC is on the verge of something really exciting that they will want to be a part of."