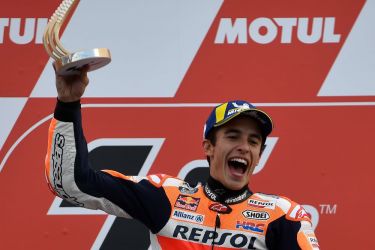 MotoGP has announced a contract renewal with Valencia’s Circuit Ricardo Tormo for 2022 to 2026, with the new agreement confirming the Spanish track as host for at least three Grands Prix during the five-year period.

The global motorcycling series’ promoter, Dorna Sports, also confirmed that the Valencia Grand Prix is guaranteed to take place in 2022, after which it may alternate with other venues on the Iberian peninsula over the course of the new deal.

Dorna says this is due to the 'incredible global growth of MotoGP, with more and more venues signing up to become part of the world’s fastest motorcycle racing World Championship'.

It has also been confirmed that the Valencia GP will remain as the series’ season finale, with this year’s edition taking place on 15th November.

“This shows the good work done by the circuit, as well as the trust that has been sown between the organisation and the Generalitat," said Ximo Puig, president of the government of Valencia.

“We have always said that this is a fundamental Grand Prix for the economic impact it generates and what it represents for the development of tourism in the Valencian community, as well as the hundreds of thousands of motorsport fans in Valencia – that’s why we have come to this agreement.”

Carmelo Ezpeleta, chief executive of Dorna Sports, added: “Dorna guarantees the Valencian community that, during these five years, there will be three Grands Prix at the track as a minimum. As Valencia is the first in coming to this agreement, it will be on the calendar in the first year that rotation begins, which is 2022.

“Valencia maintains the right to be the final Grand Prix on the calendar. I would like to be able to offer five more years with a guaranteed race but that is not possible. Nevertheless, I am proud to have once again come to an agreement with Valencia.”

The renewal with Valencia is the first Grand Prix extension announced by MotoGP in 2020. Last year saw it confirm races in both San Marino and Germany, add Indonesia to its calendar form 2021, and pen an extension with Silverstone in the UK, again until 2021.

The series is also expected to continue to race in Thailand for the next five years after Sports Authority of Thailand (SAT) governor Gongsak Yodman said the country’s government is set to approve a new contract extension.