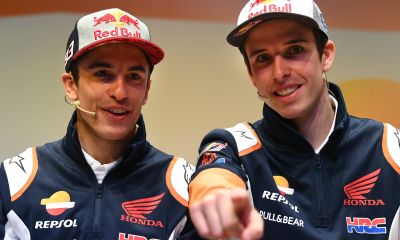 The MotoGP global motorcycling series has announced a new rights deal in the United States with NBC Sports.

Starting with the 2020 season, the multi-year deal will see NBC Sports replace BeIN Sports as the US broadcast home of every MotoGP race.

Four events are due to air on the flagship NBC network, while a further five races will be shown on pay-TV channel NBCSN, including the Grand Prix of the Americas in Austin, Texas.

All MotoGP race coverage that airs on NBC and NBCSN will stream on NBCSports.com and the NBC Sports app. Live and on-demand coverage of all 20 races will also continue to stream on the MotoGP VideoPass platform, along with every session from MotoGP, Moto2 and Moto3.

Manel Arroyo, managing director of MotoGP commercial rights holder Dorna Sports, said: “A giant of sports and motorsport broadcasting such as NBC will prove a valuable partner, and in an important market for MotoGP both now and historically.

“Some of our greatest MotoGP and WorldSBK champions are American and have contributed such incredible chapters to the history of motorcycle racing, and we are delighted to see more of those chapters now have a new home thanks to this agreement with NBC Sports Group.”

The deal bolsters NBC’s motorsport offering, which already comprises coverage of Nascar stock racing series and the entire season of open-wheel racing series IndyCar. NBC noted that many MotoGP races in the latter part of the season will air immediately after its Nascar coverage on NBCSN.

Jon Miller, president of programming for NBC Sports and NBCSN, added: "Our agreement with MotoGP further cements NBC Sports as the home of motorsports and enhances our comprehensive racing portfolio. We’re excited to bring MotoGP to viewers across the country and showcase the world’s premier motorcycle road racing series.”

NBC’s coverage of MotoGP was due to begin with the season-opening Qatar Grand Prix on 8th March, but that event has now been cancelled because of the spread of coronavirus in Italy, where a number of the series’ teams and riders are based. The outbreak has also caused the postponement of this year’s second event in Thailand, which was scheduled for 22nd March.