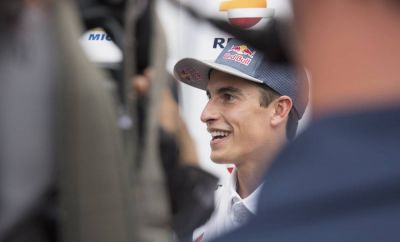 Spanish telecommunications giant Telefónica has agreed a deal with DAZN that will see the digital sports media company launch linear channels on the Movistar+ pay-TV platform.

Those DAZN branded channels will air the global MotoGP motorcycling and Formula One motorsport series, with the agreement also seeing the over-the-top (OTT) specialist's app made available on Movistar+ set-top-boxes.

A new DAZN F1 channel will exclusively air Formula One across both platforms, starting with Movistar+ from 21st January and on DAZN from 1st March until the end of the 2023 season. The Movistar+ Formula One channel will now be taken off air.

DAZN’s deal with MotoGP was one of the first it agreed ahead of its launch in Spain in 2019, with that deal running until 2022. With DAZN having exclusively aired MotoGP, one of the most popular motorsport properties in Spain, for the past two seasons and enjoyed strong viewing figures, Movistar+ customers will now be able to watch the series within their subscription. UK-based DAZN will still carry MotoGP via its digital platforms.

With coverage of Formula One, MotoGP, WorldSBK - plus Formula E and Dakar Rally via its deal with Eurosport - DAZN's Spanish motorsport offering is compelling.

For Movistar+ it brings the popular MotoGP series back to its linear service having lost the contract to DAZN after the 2018 season.

James Rushton, DAZN co-chief executive, said: “The agreement with Movistar+ is a great example of how entertainment platforms and operators can collaborate to deliver more satisfying and intuitive viewing experiences for sports fans. It’s also an important moment for the business as we execute on our strategy to drive further growth in our core markets. Starting in March, our customers in Spain will enjoy exclusive coverage of Formula One and with this acquisition, DAZN becomes the must-have platform for motorsport fans in Spain.”

Emilio Gayo, president of Telefónica España, added: “This agreement with DAZN reinforces our sports offer and will enrich the experience of all sports fans. This relationship reaffirms our commitment to always offer our customers the best content of our own, through our original production and the most relevant content, through the partners who lead the audiovisual industry. To Movistar+ now comes DAZN, an alliance that will celebrate all the successes of sport.”

DAZN saw its subscriber model severely disrupted by the pandemic, with customers opting out of the service when no live sport was available on the service for a large part of 2020. Of late DAZN has closed a number of strategic partnerships to grow its reach with telecommunications operators, including Vodafone and Deutsche Telekom in Germany, Vodafone in Italy, as well as KDDI in Japan.