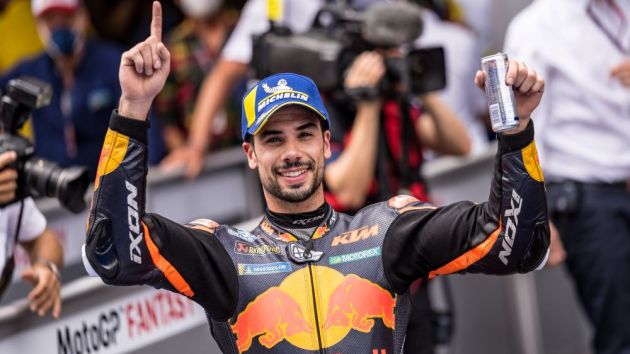 Portuguese pay-TV broadcaster Sport TV has agreed a long-term extension of its broadcast partnership with Dorna Sports, the commercial rights holder for MotoGP.

The deal ensures that Sport TV will continue to carry exclusive coverage of the global motorcycling series for at least another five seasons, prolonging a partnership dating back to 2009.

The agreement also covers the Moto2 and Moto3 support series, as well as the MotoE all-electric championship.

Last year saw MotoGP return to Portugal for the first time since 2012, with the Autodromo Internacional do Algarve hosting its first motorcycling Grand Prix. The Portimão venue also staged the third race of the 2021 season back in April.

MotoGP currently features one Portuguese rider, Miguel Oliveira, who last year became the first ever premier class race winner from Portugal at the Styrian Grand Prix, before also going on to win his home event.

Nuno Ferreira Pires, Sport TV’s chief executive, said: “MotoGP was a very important renewal for Sport TV with a Portuguese rider bringing excitement and passion to the fans and the Portimão event contributing for an extraordinary engagement. MotoGP is the top content in our motorsports offering that we want to become the most spectacular ever in Portugal.”

The deal is the latest broadcast agreement secured by Dorna, which recently agreed a six-year extension with Canal+ in France and a new partnership with Ziggo in the Netherlands.

MotoGP is set to return to Portimão for a second time in 2021 on 7th November.