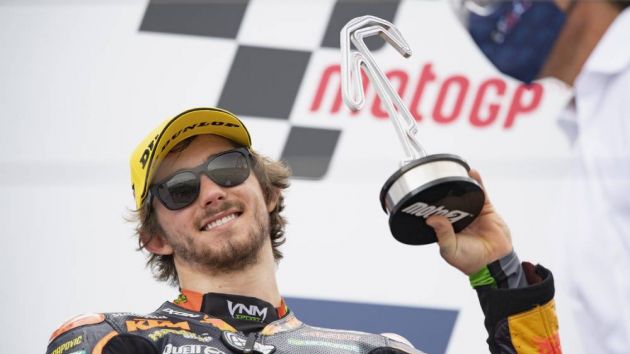 The new agreement will run from 2022 to 2025 and covers the MotoGP, Moto2, Moto3 and MotoE classes, as well as the Superbike World Championship (WorldSBK).

Sky will continue to show every session of the MotoGP, Moto2, Moto3 and MotoE series live, with viewers able to watch via satellite, fibre, on digital terrestrial and streaming via the Now over-the-top (OTT) platform.

Additionally, six Grands Prix will be shown live on free-to-air channel TV8, with the remainder broadcast on a same day delay.

Members of the Sky team will be present at each Grand Prix, providing on-the-ground coverage including pre and post-race shows, whilst Sky Sport MotoGP, the dedicated 24-hour MotoGP channel, will continue to broadcast content from the paddock.

Manel Arroyo, chief commercial officer at Dorna Sports, said: "A country with so much passion for our sport deserves the best possible coverage and Sky always deliver state-of-the-art broadcasting, with fantastic on-site programming from their dedicated team.

"This new agreement will see us reach the milestone of 12 seasons of collaboration and we very much look forward to these next four years together, providing our fans in Italy with the best motorcycle racing show possible – as well as reaching new audiences and growing our viewership through diversifying digital platforms and new ways for fans to watch and connect to MotoGP and Sky."

Enel has been the title sponsor of MotoE since the series' inception in 2019 and has provided smart charging solutions for motorcycles used in the championship since.

As part of the extended agreement, Enel will continue in its role as the official smart charging partner of MotoE until 2024 and will remain title sponsor of the series.

Additionally, Enel will carry on as MotoGP's sustainable power partner for the duration of the agreement.

Marc Saurina, senior director of global commercial partnerships at Dorna Sports, said: "Since MotoE began in 2019, we've gone from strength to strength creating a competitive, exciting and important series that is true to its values and those of close, competitive racing - making a perfect match with Dorna's ESG strategy.

"We're looking forward to continuing our partnership to take MotoE to even greater heights, and working together on sustainability as Enel continues to play a vital role in the whole paddock as our sustainable power partner."