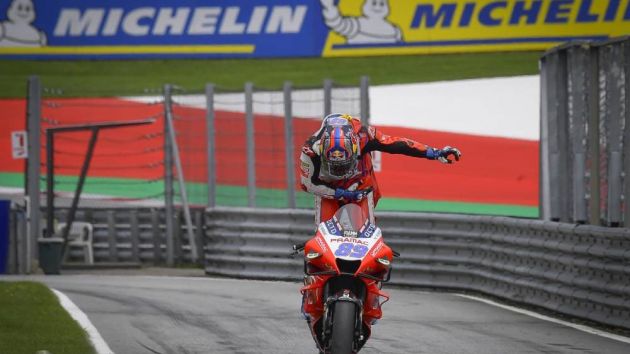 Michelin was already set to supply MotoGP with tyres until 2023, meaning that this new partnership will last until 2026.

As MotoGP started working with Michelin in 2016, the partnership will also cover the pair's ten-year milestone.

Additionally, Michelin will continue to receive trackside branding at all Grands Prix and title sponsorship for one race per season.

"We’re very proud to continue our partnership with Michelin until at least 2026," said Carmelo Ezpeleta, chief executive of Dorna Sports.

"Michelin has been a vital partner for MotoGP since it became the tyre supplier to the premier class in 2016, helping us to create one of the greatest eras of competition in motorcycle Grand Prix racing history.

"I’m delighted that we will reach a decade of collaboration and I hope we can continue building on this incredible foundation together. This agreement is fantastic news for all of us in the championship."