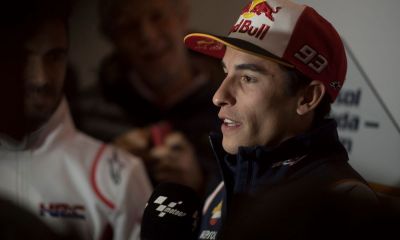 MotoGP commercial rights holder Dorna Sports has partnered with La Liga to utilise the Spanish soccer body’s suite of anti-piracy services to clamp down on the theft of its audiovisual content.

La Liga will also monitor and take down fake profiles that make fraudulent use of the logo and name of Dorna and its competitions.

In addition, La Liga will lend its human, technical and legal resources to monitor pages that illegally publish Dorna content and de-index them from search engines.

The tie-up marks the first time that La Liga's anti-piracy services have been used by a non-soccer competition. The league’s tools also allow for the tracking, pursuit and compilation of legal evidence in order to fight illegal transmissions via IPTV and card-sharing.

“Joining with Dorna Sports motivates us to keep working to protect competitions’ audiovisual value,” said La Liga president Javier Tebas. “Fighting against piracy is a top priority for La Liga and we’ll continue to invest in technical tools and human resources to keep advancing in this field.”

Manel Arroyo, managing director of Dorna Sports, added: “The protection of audiovisual rights is and always has been of utmost importance for us because, due to the exclusive and attractive nature of the content we produce, it suffers much more from the consequences of piracy.

“Both MotoGP and WorldSBK will greatly benefit from the tools created by La Liga’s technological protection team, which is a global point of reference and therefore a guarantee of security for our championships.”

Dorna is the latest rights holder to tap into La Liga’s anti-piracy services, following in the footsteps of Belgian soccer’s Jupiler Pro League, which first teamed up with the Spanish league ahead of the 2018/19 season.