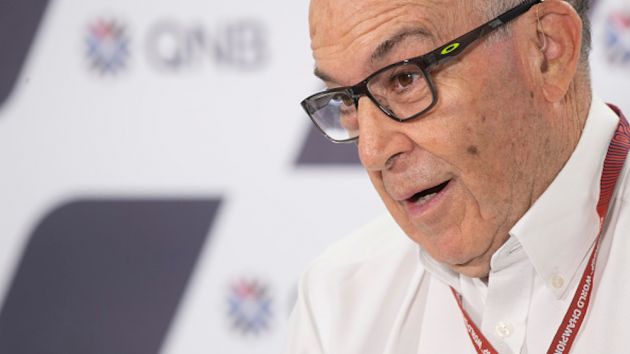 MotoGP's Indonesian Grand Prix will not take place before March 2022, according to the championship promoters Dorna Sports.

Following a visit to the Mandalika International Street Circuit on the island of Lombok, delegates from the Fédération Internationale de Motocyclisme (FIM) and Dorna Sports, agreed to hold the Indonesian Grand Prix at the track in early 2022. The race was originally included as a reserve venue on the MotoGP provisional 2021 calendar.

'Due to the ongoing Covid-19 pandemic, all parties involved agreed to hold the first MotoGP World Championship Grand Prix at the track in the first part of the 2022 season, in principle during March,' Dorna said in a statement on its website.

The organisers added that if MotoGP is able to hold events in Southeast Asia towards the end of 2021, efforts will be made to arrange testing at the Mandalika street circuit during that time period, in preparation for the facility’s inclusion on the 2022 calendar.

Subject to the prevailing Covid-19 conditions, MotoGP is scheduled to visit Japan, Australia, Thailand and Malaysia in October this year.

During the inspection of the site to check the progress on the circuit, Dorna chief executive Carmelo Ezpeleta said: "Indonesia is a key market for Dorna, and for all the stakeholders of the championship. The visit to Lombok was very successful and we can confirm that the Mandalika International Street Circuit will be one of the most important venues of the calendar in the future."

Commenting on the decision, Indonesia state-owned enterprises minister Erick Thohir said: “I fully support the MotoGP event to be held in March 2022. This is in line with the Indonesian government’s accelerated national vaccination program. We want to guarantee the safety of both domestic and international visitors.”

A round of the FIM Superbike World Championship is scheduled to be held at the circuit from 12th to 14th November.