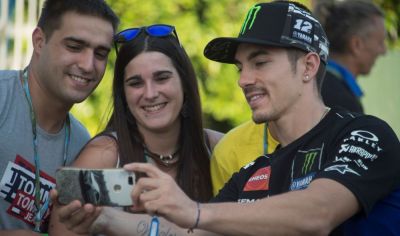 The deal, which was announced by MotoGP promoter Dorna Sports, will see original and exclusive content from the series made available globally on the Facebook Watch streaming platform.

The videos posted on Watch will be between three and seven minutes long, providing a behind-the-scenes look at the riders and teams across all four MotoGP classes.

Riders and teams will also be able to cross-post the video content on other social media platforms, with some of the clips set to be made available on Instagram.

MotoGP said the aim of the partnership is to ‘maintain and increase’ its following on Facebook, where the series currently boasts more than 13 million followers. Last season saw views of MotoGP’s video content on Facebook increase by nearly 50 per cent, while engagement was up seven per cent on the previous year.

Manel Arroyo, managing director of Dorna Sports, said: “MotoGP is committed to connecting to and engaging with our fans and giving them new ways to enjoy and interact with our content, making Facebook a perfect partner for our sport. It’s also a fantastic way to connect with new audiences, showing them the best of MotoGP with exclusive, showstopping content.”

The deal is the latest sports content partnership to be announced by Facebook since it was reported that the company was cutting back on original programming and live coverage in favour of licensing clips from rights holders.

Most recently Facebook announced a deal with Major League Soccer (MLS) to carry Watch show highlights from every game this season. The company has similar content tie-ups with golf’s PGA Tour and the National Football League (NFL).

MotoGP is one of several motorsport series to have the start of its 2020 season disrupted by the coronavirus outbreak, which has forced Dorna to cancel the first two elite class races of the campaign in Qatar and Thailand.