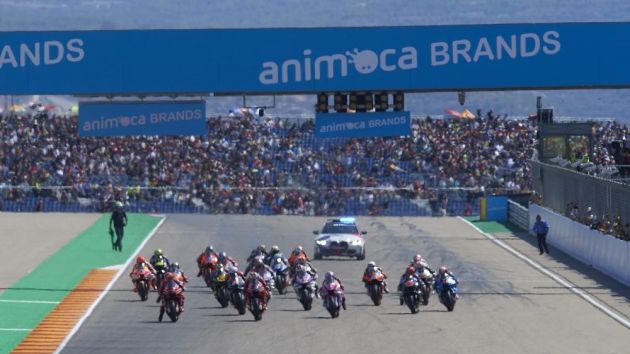 The deal also includes the merchandiser XXL Racing, an official licensee of MotoGP.

The acquisition, the value for which was not disclosed, remains subject to the satisfaction of certain customary conditions.

It represents the latest expansion into the world of MotoGP by Animoca Brands, having been a partner of the global motorcycling series since 2019. The acquisition will enable the company to expand its relationship with MotoGP promoter Dorna Sports as a sponsor, non-fungible token (NFT) licensor, collectible cards provider, and blockchain game developer and publisher.

MotoGP Championship Quest launched in 2017 and has over 50 million downloads on mobile platforms and around 1.2 million monthly active users globally. With the series’ official mobile racing game in its stable, Animoca Brands also plans to develop an integrated experience for players on the blockchain game MotoGP Ignition.

“The acquisition of WePlay Media will boost our engagement with fans of the amazing sport of MotoGP, unlocking powerful exposure in both the metaverse and traditional gaming,” said Yat Siu, co-founder and executive chairman of Animoca Brands.

“We are gaining a unique platform to implement our Web 3.0 strategy as we incorporate our motorsport-based Revv token and NFT programmes with the official MotoGP mobile game and deepen our strategic relationship with MotoGP.”

Warring added: “This acquisition is an exciting development for WePlay Media and for the MotoGP Championship.

“Animoca Brands has the ability to reach hundreds of millions of users in core growth demographics to expand the sport’s fan base and create engagement opportunities for the riders, teams and sponsors.

“Our powerful reach in Asia in particular aligns with the largest markets in the world for motorcycle sales and fans.”

Last month, Animoca Brands said its priority is to develop a wider Web 3.0 ecosystem in which assets are transferrable between platforms, rather than securing licenses for its blockchain-based sports game. However, the company did stress that the industry is at least three years away from this becoming a reality.

Animoca Brands’ first foray into blockchain-based gaming was a false start, with F1 Delta Time shutting down after the firm was unable to renew its license with Formula One.