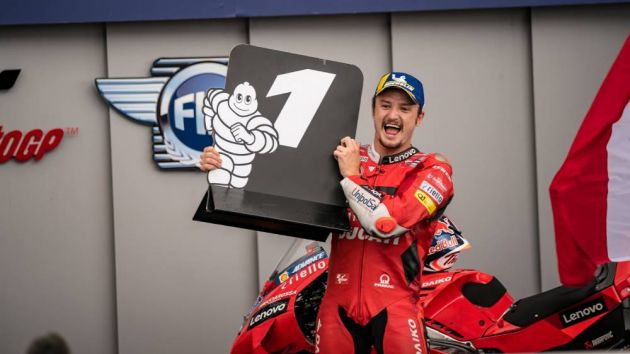 As part of the deal, exclusive MotoGP content will continue to be available on Facebook's video-on-demand (VOD) platform, Facebook Watch.

MotoGP will produce short-form videos for the platform, between three and seven minutes each, featuring riders and teams competing in the 2021 championship across all three classes.

Facebook is an important platform for MotoGP, which has nearly 14 million followers on the site.

In addition, MotoGP revealed that Facebook was the series’ strongest social media platform with regards to minutes watched in 2020.

"We are very happy to continue this important partnership with Facebook, which was a global first in motorsport when it began last year," said Manel Arroyo, chief commercial officer at Dorna Sports.

"MotoGP is committed to connecting to and engaging with our fans and giving them new ways to enjoy and interact with our content, making Facebook a perfect partner for our sport. It’s also a fantastic way to connect with new audiences, showing them the best of MotoGP with exclusive, show-stopping content.

"Riders and teams are also able to cross post – increasing reach throughout the paddock and fanbase – and some clips are also available on Instagram, ensuring the biggest audience for this innovative new wealth of digital content as MotoGP continues in its position as a world leader in motorsport social media."

Elsewhere in MotoGP, Pramac Racing has revealed that it will continue as a factory-supported Ducati team until 2024.

The long-term partnership began in 2005 and has continued to improve, with Pramac securing four podiums in the first five races of the 2021 season.

The 2021 MotoGP season continues on 30th May in Mugello, Italy.